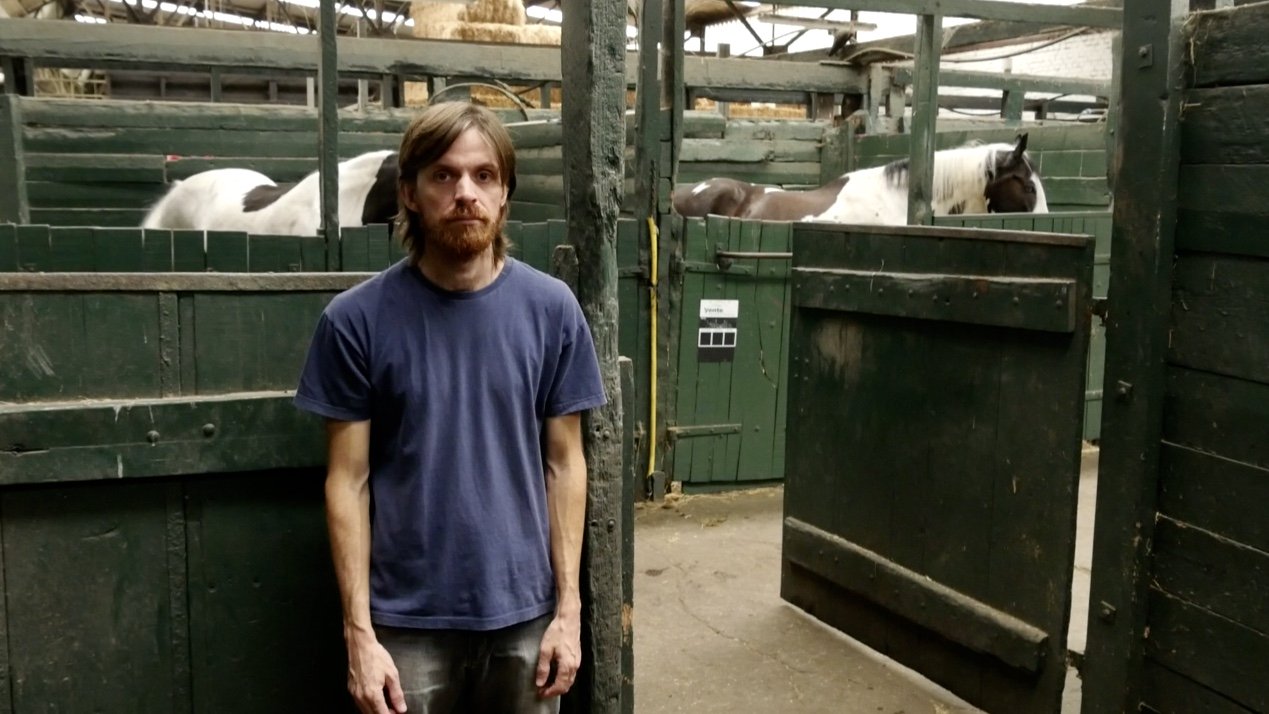 Nieuwe Vide: Can you tell us more about Arthur C. Clarke’s story and how it inspired you to make this work?

Bernardo Zanotta: Second Dawn is set in the aftermath of war on a faraway planet. Clarke’s aliens have horse-like features and are highly skilled and telepathic, but physically incapacitated to perform simple tasks. They meet a fledgling race, that while mentally slow and
malleable, can physically command their surroundings with ease. Through the encounter with their humanoids, the species is offered a second chance to come to terms with a deadly power. I was interested in Clarke’s ideas around futurology, and had read his
Collected Stories by the time the proposition to make a work for Haarlemse Herfst came my way. It all felt very natural that this would be the starting point for an installation or a video work. I talked about this idea with curator Lennard Dost and project coordinator Ytje
Veenstra and together we started looking for a place in Haarlem where this narrative could come to life.

NV: What is the importance of making and showing Second Dawn in a riding school? What does this site-specifity bring to the overall experience of the work?

BZ: The video was partially shot at Stal Vosse and partially at a studio in Amsterdam.
It was important for me to activate the space in different ways. During the filming process we departed from observations of the horses and interactions between the actors and
animals to compose the narrative. It is centered on two performers and their embodiment of Clark’s story within this new space; Leandro Lefa and Camila Rosa, who I have worked with extensively in the past. The horses of Vosse are a big part of the work and so it is the way in which the video is being shown: inside an old carriage in the garage of the stable; reinforcing the idea of a play-within-a-play: where a story is presented before the characters, who comment upon the action.

NV: How does this work contribute or differ from your artistic practice up until now?

BZ: It is a work that explores some recurring ideas in my practice further such as the relation between literature and cinema, body politics, film history, genre-filmmaking, the nature of performing and theater itself. And in some aspects it is quite formalistic and rooted in a more experimental approach – questions, conventional narrative and storytelling – aiming at intensifying the experience of a film rather than it’s ‘meaning’ per se. Like most of my works, it is a sequence of episodes that show rather obscure relations to one another. At the same time, it goes in a totally new direction, as the video in this case was made specifically for this
location and event; and special attention has been payed to the sound in collaboration with sound designer and artist Sergio González Cuervo.