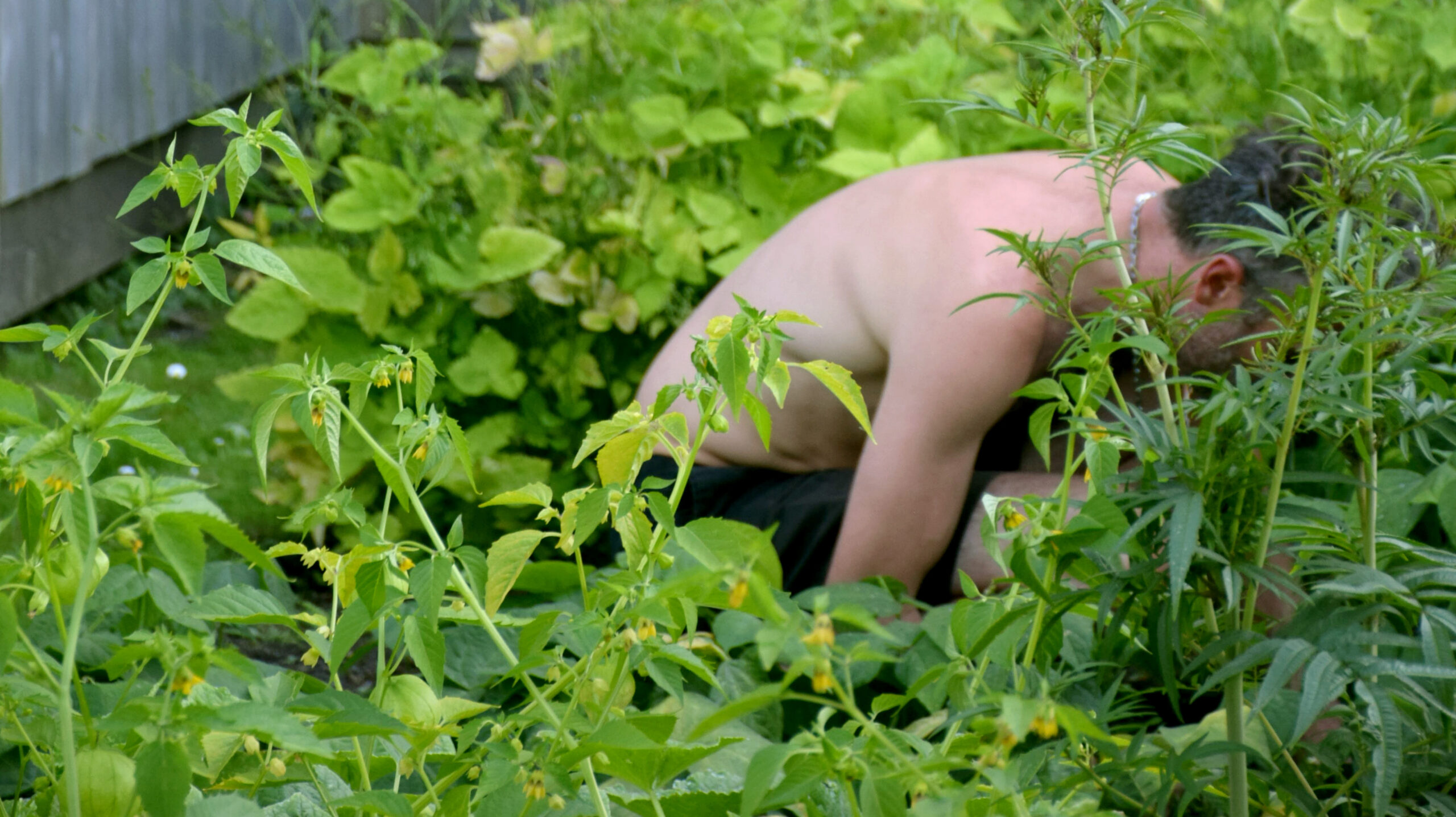 Anna Moreno toont haar werk ‘THERE WILL BE NO WONDROUS SOLUTION’, 2018 bij Nieuwe Vide tijdens We are as Gods and might as well get good at it. Een video installatie. Nieuwe Vide interviewde haar voor aankomende expositie. Interview alleen beschikbaar in Engels.

Anna Moreno is showing the work ‘THERE WILL BE NO WONDROUS SOLUTION’, 2018 at Nieuwe Vide. A video installation. Nieuwe Vide interviewed her for upcoming exhibition.

NV : You refer to an earlier work with the work that you are producing for the upcoming exhibition. The earlier work was shown in an exhibition as an installation, on social media and it was a live event with an audience in a fictive role. Can you tell us a little bit about these choices and your process in this work in different forms? You (sometimes) work with an audience becoming part of the work, without any acting. How do you make them part of it, with what kind of instructions and goal?

A : ” “Ce Sera” was not shown on social media, that was only the platform to get participants. This sort of structural fiction is common in some of my works. I often work with a lot of people during the research process, sometimes they’re professionals sometimes they’re not, but they always end up getting involved in some way or another, sometimes even beyond the reason why I contacted them in the first place. That is why I like working with friends, colleagues, neighbours or all sorts of people, that have a connection to the work that is bigger than just spectatorship. I wouldn’t call it participation because what I do has nothing to do with community arts or engagement. My focus is more on the nature of the event itself and what it does to history, our relationship to nostalgia and how we project this onto future imaginaries. Events are primordially unexpected, or at least their outcome is unpredictable, and I like to work with that fragility. That is why in works such as “Ce sera” there are no actors or performers, but they are also not members of an audience, merely participating. It is something else, people are just being themselves and that allows them to go ‘fuck it’ and just play along. I am a natural storyteller but I am not so good at imagining endings. People always surprise me for their capacity to do so. In one of my events I introduce people to a fictional background that also functions as the backbone against which things can happen. I like that promise to be floating in mid-air. Everything is possible and at the same time nothing specific needs to happen. The only instruction (for lack of a better term) is: do not get out of the fiction. If you need to get out of the fiction you have to leave, or the event is over. That puts people in a strange position of not having to act but at the same time wanting to do so very much. This is what happened during “Ce Sera”. There was an open call for people to come and we were expecting around 10 to show up. In the end we were nearly 40 people and it was crazy. In “Ce Sera” people became almost a superstitious tribe, and the conversations in the video are about cannibalism, social hierarchies and leadership. It is the immediate aftermath of an apocalypse. The common thing among the 3 works of this trilogy is that they all deal with strategies of reconducting life after an event, be it an apocalypse, a disaster or a discovery. In all of them postproduction plays a fundamental role. The events are not necessarily public, and they’re usually quite long, as I do not give any indications of duration. People need to go and so they go. During editing however, a new or different narrative is constructed. That is why the video looks so eery. The second video is now in postproduction. It was shot in the Contemporary Art Museum in Barcelona during the museum’s closing times and it presented the participants with the scénario of a near-future, overcrowded society where all space available is partitioned to allocate more and more people. When a group of people suddenly find an undiscovered empty building (the museum), negotiations around what to do with that space ensue. So ethics, management, institutional critique, group dynamics are raised during the conversation. The third and final work will be the one presented at Nieuwe Vide.”

NV : Can you tell something about the process of making the current work shown in We are as gods and how it is connected to the exhibition? The video installation shows a hut and vegetable garden just outside The Hague, what narrative you want to give the viewer?

A: “The hut and vegetable garden you see in the video are located in the public gardens of Mariahoeve in The Hague, and they have been designed by my friend Joost Nieuwenburg. If the first video was shot in the open, public space on the beach, the second one in the enclosed space of an art museum, this one searched for a space that was in-between public and private, a garden that is natural but at the same time artificial and partitioned. In the video, you might see some familiar faces: three of the participants of “Ce Sera” are coming back for this video as well. I wouldn’t like to disclose too much of the fictional background I gave this time, but let’s say I imagined those partitioned spaces being somehow the norm, the way to live in a near, post-disaster future. How would be share, enjoy and manage the available resources? This questions stems from my current research around several events organised by members of the radical architecture movement in the 70s, in Italy, such as Global Tools, who dealt with questions like the “refounding of manual labor”, and the use of “poor technique” and “simple technology”, while invoking the body as the ultimate form of architecture, a site with hidden political and creative potential. Intellectually they were linked to the Whole Earth Catalogue when it comes to “whole design”, and engaging the participants by knowledge, experience and choice. A coeditor of the Catalog, Lloyd Kahn, suggested in his publication “Shelter”, not a romanticised return to craft, but bricolage and hybridity, concluding that a built object must work with its local material ecology. That is the conceptual start of what I imagine this post-disaster, partitioned space to function like. However, I would like the viewer to remain in the thin line which separates utopia from dystopia, as even our collective imagination of paradise can easily turn into a nightmare.”

NV : You also teach, what do you think is important to give to your students?

A : “Contextual awareness and tools to be critical. I follow Luis Camnitzer, the Uruguayan artist and arts educator, when he claims that knowledge should not be something that accumulates, but a tool, a sort of mechanism to rethink the current order of thinks. I believe that art making in itself cannot be taught, whoever claims the opposite is committing fraud. However, the ability to re-organise the fields of theory and practice, the ability to recognise the tools available can (and should) be taught. That is the relationship between the concepts of learning and unlearning. And it also has to do with the difference between didactics and pedagogy. This is similar to the sort of relationship I try to establish with the collaborators of my projects. Constant dialogue forces me to reframe previous assumptions or expectations I had about the work, which in turn forces them to reevaluate the ways in which they can contribute to it. This is related to breaking the boundaries of what we consider our jobs or occupations, and it is a consequence of my long-term commitment to questions of labor within the arts.”