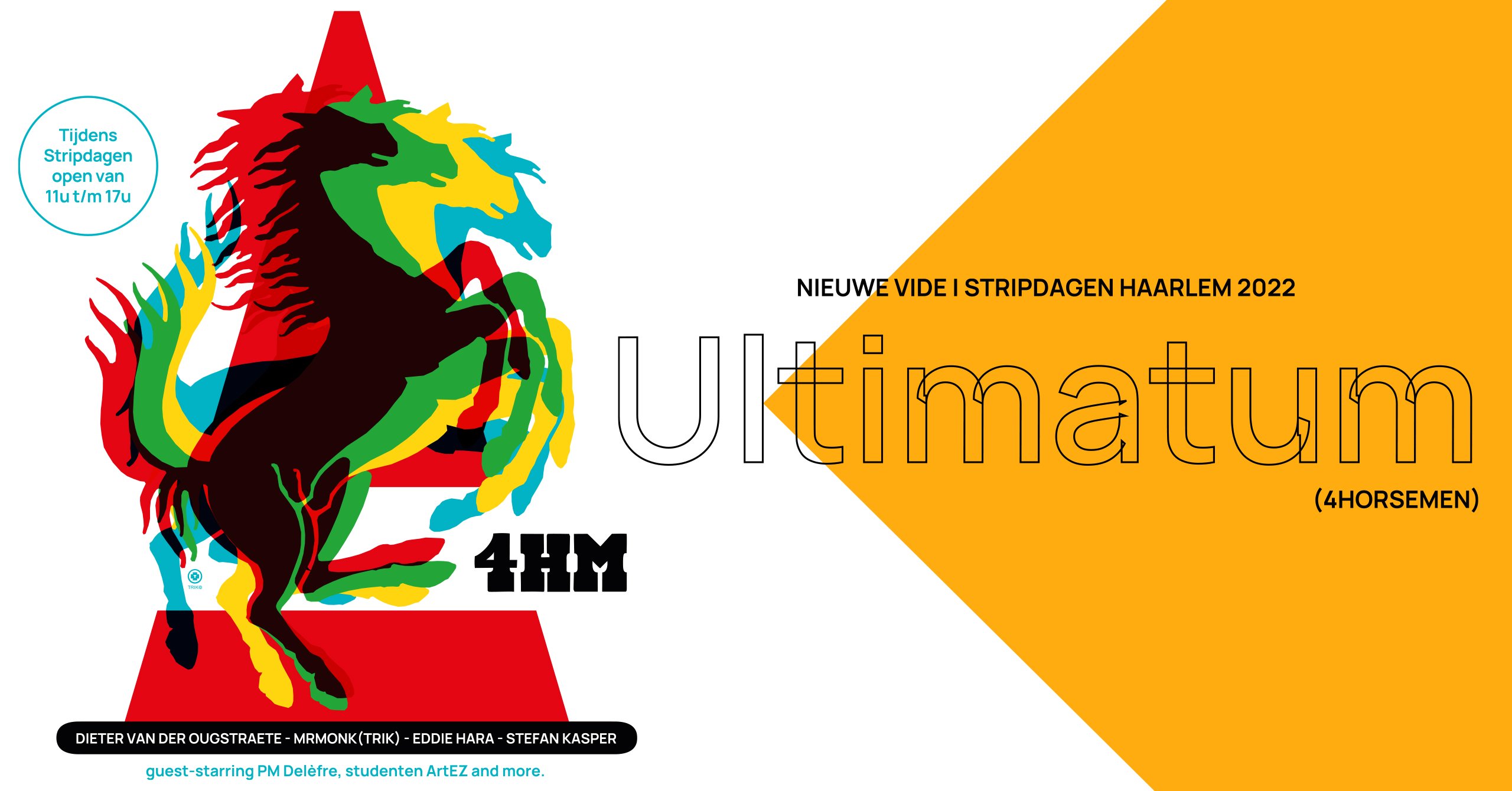 Nieuwe Vide will collectively build further on the worlds the 4horsemen presented during the Stripdagen Haarlem (cartoon festival). The first event will take place during open draw evening Teken or Leave It: Reflection on World Building on Wednesday evening June 22.

Four men on horseback who leave behind them a trail of ruined crops, slaughtered bodies and the deadly plague. It is a foreshadowing of the approaching day of judgment. That is the image we have received from the late Middle Ages of the four horsemen of the apocalypse. But what trail would the riders leave today in the age of nuclear threat, Covid-19, fake news, climate crisis and dick pics?

After Stripdagen Haarlem, the walls of the exhibition will form the backdrop for social conversations about themes such as masculinity, transgressive behaviour, speculative fiction and emancipation.

Tata State of Mind and more
Students of ArtEZ Illustration Design and students of illustration from the HKU will also participate in the exhibition with drawings about Tata steel. Illustrator Linda van Bruggen will show animations and artist PM Delèfre will show a selection of his trash compositions with a reading.

On Wednesday evening 25 May and 8 June, Teken or Leave It workshops will be given by cartoonist TRIK and graphic journalist Eva Hilhorst about Tata Steel. These are accessible to everyone, after which you can hang your work in the exhibition.

MARVELLOUS
Mr. Monk (also known as TRIK) will have another exhibition MARVELLOUS around the corner from Nieuwe Vide at Mooie Boules during the Stripdagen. This exhibition came about in collaboration with Nieuwe Vide.